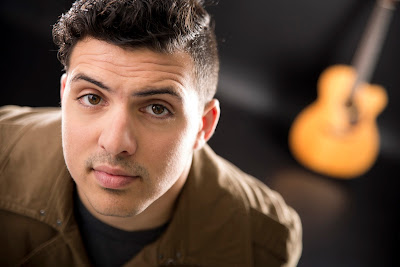 The brilliant young guitar wizard, LOKI ROTHMAN, was born with his middle fingers and ringers stuck together on both hands.  This condition is known as Syndactyly.  He underwent twenty three operations as a toddler and received extensive physiotherapy to isolate and strengthen his fingers. Who could foresee that at the age of twenty four, Loki would have travelled the world as Jack Parow’s guitarist, reached SA’s Got Talent’s top 6 in 2009, worked with the likes of Die Antwoord and Toya Delazy, had hit singles chart on radio and would own 32 string instruments - anything from a banjo to a lap steel.Hot on the heels of the successful release of his debut album, The Way Back, in June this year, Loki is set to launch his guitar instrumental DVD, Syndactyly, this September. The Way Back is a pop album with elements of acoustic, rock and electronic and displayed Loki’s singer-songwriter side. Syndactyly will showcase this maestro’s magnificent guitar skills.
Die Antwoord Jack Parow Loki Rothman Toya Delazy