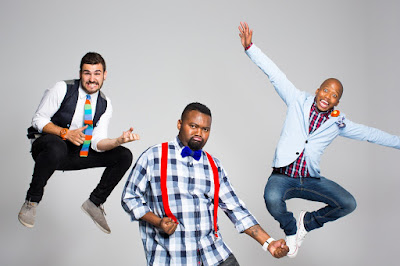 Mi Casa, one of South Africa’s most talented and popular groups, will be launching their new album, Home Sweet Home, in Cape Town at the Grand West Arena on Friday 4 September. Home Sweet Home is their 3rd highly anticipated studio album and is packed with songs guaranteed to be smash hits. Watch out for ‘Hallo Baby’, ‘Chokolat’ and ‘We on the night". Cassper Nyovest, Big Nuz & DJ Tira, and the leading East African group Sauti Sol will all make featured guest appearances on the show. The Home Sweet Home Album Launch promises  a world class stage production and Mi Casa will be presenting never been heard before material recorded overseas during their whirlwind tour that took them to London, Italy, Portugal, Canada. Home Sweet Home album launches are set to be events of note and not to be missed by all ardent Mi Casa fans.  Home Sweet Home will be launched in Cape Town at Grand West Casino (4 September 2015) , followed by  Bloemfontein Windmill Casino (18 September 2015); Port Elizabeth at Boardwalk Casino  (4 October 2015);, Durban at Sibaya Casino (31 October 2015)  and in  Johannesburg at Carnival City (1 December 2015). All powered by Cornnetto.
Big Nuz Cassper Nyovest DJ Tira Home Sweet Home Mi Casa