Nick Soul continues to shine - this time in music! 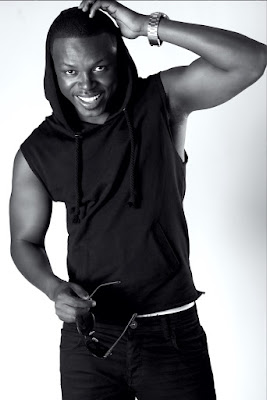 Celebrated actor, singer and master of ceremonies, Nicholas Nkuna a.k.a Nick Soul has hooked up with award-winning music producer Kris J for his debut album project. Family, fans and friends of Nick Soul are in for a treat as one of the songs, “Colours” will be revealed during his 27th birthday celebration taking place this Sunday 30 August at the legendary Hard Rock Café in Sandton, Johannesburg.  Denise Zimba, the controversial Vuzu presenter, will be hosting the event. “I can’t wait to release my debut album, it’s inspired by my life journey with all its blessings, heartache, fun and so on; things that are common to all of us” commented Nick Soul. In 2012, Nick Soul was catapulted onto the world stage at the tender age of 23 when he was cast as ‘Simba’ in The Lion King, United Kingdom and Ireland tour. He was also the youngest (at age 22) to ever play ‘Phantom’ in Phantom of the Opera (Monte Casino Teatro, Johannesburg 2011-2012). Kris J has been on the South African Music scene for close to a decade and has worked with big names in the industry such as Euphonik, Oskido, Vusi Nova, DJ Cindo, Big Nuz, Donald and many more. “It’s expected for producers to give positive comments about the artists they work with but I must say Nick Soul is exceptional as he brings a unique style into the ever-changing music industry; I believe his style will resonate throughout Africa and beyond” shared Kris J. Other artists to Kris J’s resume include Stone Bwoy from Ghana, Victor Pedro from Nigeria, Buffalo Soldier from Zimbabwe and Big Nelo from Angola. From hustling in the in streets of Nelspruit, Mpumalanga to gracing world famous stages, Nick Soul is one of the freshest faces in Mzansi and is also well-known for his role as 'Sakhile' in SABC1's hit series Skeem Saam.
Big Nuz DJ Cindo Donald Euphonik Kris J Nicholas Nkuna Nick Soul Oskido Vusi Nova