ZONKE's back with new CD, Work of Heart 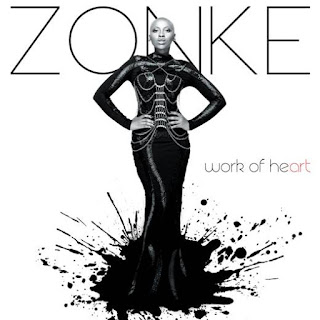 SA’s most celebrated female artist, Zonke Dikana - revealed her new album artwork for the first time on Instagram and Twitter yesterday announcing the surprise pre-order of Work of Heart on Apple Music today, ahead of her US trip. The multi-award winning R&B / Soul superstar is at a tipping point in her career with Work of Heart representing more than a culmination of Zonke’s recent experiences but a catalyst anticipating  the far-reaching ripple effects of its magnificence, artistry and relevance. A unique musical force – Zonke’s talents differentiate her not only as a vocalist but as composer and producer too, for her own work and that of other’s - defining her as the sole female hit-maker on the continent. Following her own journey of success with remarkably high standards of quality in everything she creates, Work of Heart is no exception in raising the benchmark for SA music across the continent. Zonke’s strength and resilience through life’s turbulent waves has allowed her to emerge into an even better, stronger, a more talented, more spectacular version of herself.   Work of Heart gives us a glimpse of that greatness channelled through music. “I write from the heart – I write for my fans – I write about what matters to me and I know someone out there is finding something in there for them,” says Zonke.
Work of Heart Zonke Dikana