Iron Maiden Back With A Bang! 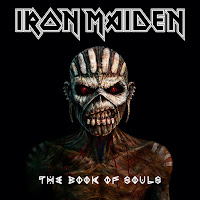 Iron Maiden's eagerly awaited new studio album The Book Of Souls was released earlier this month just days before the band announced their upcoming South African tour. The release comes after the band decided to delay the record after Bruce Dickinson, the band's lead vocalist, was given the all-clear from a tumour. "We’re really excited about The Book Of Souls and had a fantastic time creating it," Bruce said. The Book of Souls is available on iTunes here.