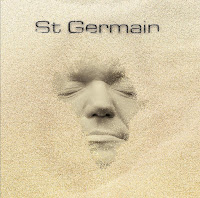 French house icon St Germain is making a comeback next month as he drops his brand new self-titled third studio album on the 9th of October. The new album will see the deep-house sounds that we have come to know and love from the producer with added elements of blues and jazz. The record is the producer's first since he released his 2000 album Tourist. The album is available for pre-order.
St Germain