The Corrs Are Back With A New Album! 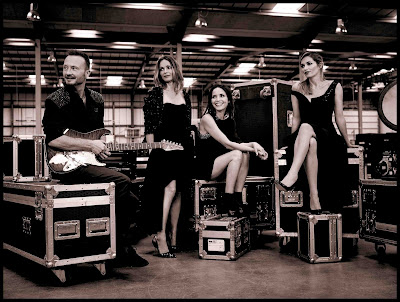 The Corrs are back and it’s like they’ve never been away. Ireland’s finest will release a brand new studio album on 27 November and kick off a UK tour January 19th at the Birmingham Genting Arena. This is their first major album release since ‘Borrowed Heaven’ in 2004 and the subsequent world tour. The Corrs – Andrea (lead vocals), Sharon (violin, vocals), Caroline (drums, piano, vocals), Jim (guitar, piano, vocals)- have sold over 30 million albums since their 1995 debut ‘Forgiven Not Forgotten’. The sound of the Corrs is unique, an enchanting mix of traditional Celtic music with a pop rock twist. Over the last ten years they have spent time with their families while Sharon and Andrea also pursued solo careers. For most of this year, they have been working in London on their forthcoming new album ‘White Light’.
Andrea Caroline Jim Sharon The Corrs