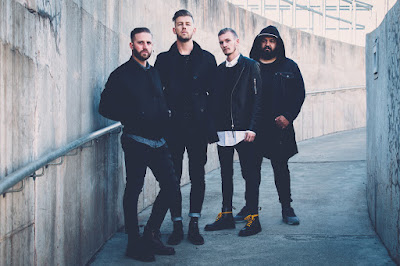 Zebra & Giraffe`s new EP “Slow Motion” is 5 tracks of heaven. From track one you are taken on a journey of carnival catchy guitar riffs, romantic slow jammers with haunting voices,  rocking beats and heavy guitars and closing the EP with soft melodic piano hooks. Greg Carlin's voice is unique, soft yet, inviting and rough. For me, it is one of the most thrilling albums I've heard in 2015. 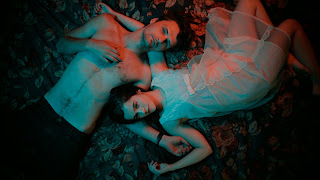 The video for the track It's All The Same is haunting beautiful. The music video is a collaboration by Director/DOP Trevor Calverly (who also shot the band's "Sons" music video in 2013), visual artist and photographer Elsa Bleda, and Zebra & Girafe lead singer Greg Carlin. It was produced by Carlin and Alan Shenton for Hoodlum Music and stars actor Adam Heyns alongside Bleda. Additional scenes were shot and directed by Tristan Holmes. The video was edited and graded by Carlin. Initially when Greg and Trevor met up to discuss ideas, they settled on a classic 'road-tripromance' narrative, but both felt the story needed a unique angle. Trevor had been a long time follower of Elsa's Instagram account and the beautiful photos from her numerous train rides around South Africa. They reached out to Elsa to see if she'd be interested in collaborating on the project and bringing her knowledge and vision on board to help adapt the road trip into a train trip. With Elsa on board, the three set about adapting the narrative to ft a train journey and also planned possible routes across SA. It was eventually decided that they'd take the Shosholoza Meyl train from Johannesburg to Matjiesfontein, hop of there and drive down to Cape Town, and then shoot the final scenes on train rides from Cape Town to Fish Hoek. "Planning the routes and ftting everything within budget was quite a task" say Carlin of the planning phase. "We had a very short time to find actors, book tickets, and plan a route that made sense. We also planned to shoot mostly on the fly and in tight spaces, and this meant shooting with a single handheld DSLR camera and only using natural light." Shooting took place over 3 days in early October with the bulk of the train footage being shot on the train trip from Jozi to Matjiesfontein. The handheld DSLR setup meant Calverly had enough space and freedom to move around the small cabins and still get the wide shots he wanted. Shooting on the train also gave the video its unmistakable handheld feel. Actor Adam Heyns was hired to star as the co-lead alongside Elsa and plays the part of a loner musician, traveling around the country busking and playing tiny bars. Along the way he meets Elsa’s character and they fall for one another. A romance ensues but quickly dissolves as she realizes that he’s played this game with many women before. The opening bar scene was shot at the historic, saloon-like Laird's Arms in Matjiesfontein. The crew also shot cutaway sequences in some of the many ornately decorated rooms as well as in the gardens surrounding the hotel. Carlin: "The staff at The Lord Milner in Matjiesfontein were a great help - they let us shoot all around the hotel and grounds with no notice. The town has such an interesting look and feel about it - I'm glad we got to include it in the video". After that the crew headed to Cape Town shooting extra train footage on trips along the coast from Fish Hoek. Additional scenes were shot at Cape Town's infamous Dive Bar Lefty's, and at the Two Oceans Aquarium. When it came to post production, Carlin decided to cut and grade the video himself - "We really maxed out our budget on the shoot days and I thought I'd take a shot at the edit and grade. I'm really happy with how it came out. Trevor stuck really closely to the script and Adam and Elsa did such a great job with the acting that it was easy to cut! I love working with Trevor because he gets such beautiful shots . I had enough usable footage for 3 videos!"