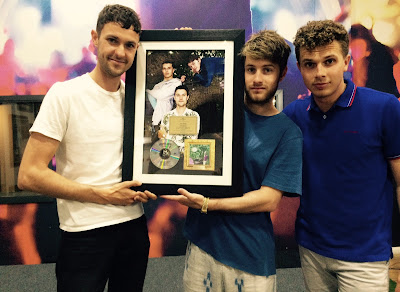 Beatenberg’s album The Hanging Gardens of Beatenberg has achieved GOLD selling status. Beatenberg first shot to prominence when their collaboration with DJ Clock, “Pluto (Remember You)” ignited the airwaves in early 2014. Following this up with another major hit, “Rafael”, the band achieved commercial and critical success going on to win “Best Pop”, “Best Duo/Group” and “Album of the Year” for The Hanging Gardens of Beatenberg ¬– as well as sharing 4 awards for “Pluto” with DJ Clock - at the SAMAS in 2015. Since the release of the album the band has toured relentlessly inside and outside of our borders performing in Harare, Dar es Salaam, Barcelona, New York City and most recently hand-picked by international super group Mumford & Sons to perform at one of their traveling festivals in Scotland. Drawing from a vast heritage of African artists and sounds and blending that with their unique pop sensibility, Beatenberg are at once locally rooted and global in their appeal, having captivated and enthralled audiences across every platform in South Africa. The band is currently working on new material in their idyllic studio space on the Peninsula in Cape Town.
Beatenberg The Hanging Gardens of Beatenberg