HOT! The Vamps - Wake Up 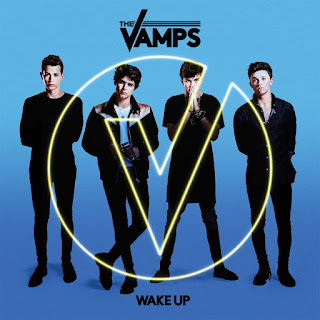 Wake Up, the highly anticipated follow up to Meet The Vamps. When The Vamps announced their return at the end of September, the pre-order for the Wake Up EP went to #1 in a matter of minutes. Following the track premiering at radio, a Track of the Day on Radio 1, the video launching guest starring Brooklyn Beckham (view here), the single was released and midweek at #1. When their fan-fests went on sale most sold out immediately, and the arena tour in Spring 2016 looks set to do the same. The Vamps  have picked up a phenomenal amount of success since their launch just under 2 years ago. Their debut album Meet The Vamps went multi-Platinum in a huge number of countries across the globe and charted at #2 in the UK. They have sold over 10 million singles across their five releases. Their online stats are equally impressive - Can We Dance has clocked up over 43 million YouTube views, Wild Heart  over 26 million, Last Night  has had over 23 million views, Somebody To You  over 84 million views and Oh Cecilia (Breaking My Heart) picked up 36 million. Their channel has already tipped 225 million total views and signed up over 1.3million subscribers. They frequently trend around the world on Twitter, and their Facebook has over 5.3million likes.
The Vamps Wake Up