Mango Groove back with new music & see them live at Kirstenbosch 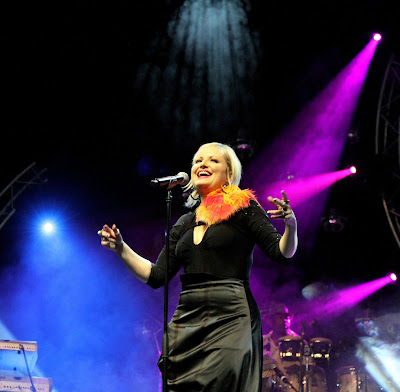 A summer event not to be missed! Mango Groove back at Kirstenbosch Gardens for a once off concert on the 13th of December! In the words of Claire Johnston: “An invitation to return to Kirstenbosch is one we could never refuse. Performing at this exquisite venue is something we always look forward to, and every time we are more and more blown away with the love and support we get at the show.’’ While audiences can expect to hear the uber-familiar Mango hits catalogue in all its South African glory, the exciting news from the band is that they will be performing their brand new single ‘’Faces to the Sun’’, their first new release in over 6 years! ‘’Faces to the Sun’’ is truly a big slice of Summer Power Pop, with that unmistakeably infectious Mango Groove sound, and is a true celebration of South African-ness! The single is the first of several that will be released from the group’s forthcoming album ‘’Sing the Beloved Country’’. The album has been over 4 years in the making, and represents a celebration of great SA songs through the decades, featuring Mango Groove and key collaborations with some of South Africa’s most legendary and timeless artists. In the words of Claire Johnston, Mango Groove’s legendary lead singer: ‘’Wow: we cannot put into words how excited we are about this release. In between a lot of touring over the last few years, we have been putting in huge amounts of time in the studio. ‘’Faces to the Sun’’ was written very recently, on the back of us recording over 22 songs, and it all came together very quickly…It’s a really big sounding, open air, Blue Sky Summer song with a real Mango sound, but it’s equally very much a reflection on being South African today, and above all it a call for positivity and celebration’’ “Faces to the Sun’’ was recorded at Orangotang Studios in Johannesburg, and was produced by John Leyden (the group’s founder member and co-producer on all the Mango Groove albums) and Andrew Baird (the legendary Zimbabwean producer of, amongst others, Oliver Mtukudzi). The single will be hitting the SA airwaves by the end of November, and is available on iTunes and all other digital platforms. So ‘turn your “Faces to the Sun’’ and catch Mango Groove live in concert at Kirstenbosch Botanical Gardens on December 13th! Book now to avoid disappointment!
Claire Johnston Mango Groove