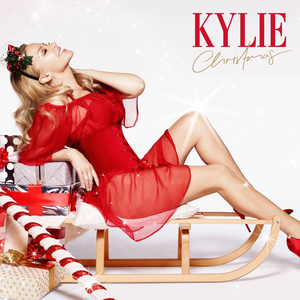 Kylie Minogue gets festive with her new album 'Kylie Christmas' and it's just in time for Christmas. The Ozzie singer's CD features 13 tracks – including several duets and a mix of original and classic songs. Kylie has enlisted the help of her sister Dannii Minogue for the deluxe version of the album, recording the brand new song '100 Degrees' – set to be a disco Christmas classic! James Corden features on Yazoo's brilliant 'Only You', Iggy Pop joins Kylie on the Waitresses festive hit, 'Christmas Wrapping' while Frank Sinatra posthumously completes the roll call of collaborators, appearing on 'Santa Claus Is Coming To Town'. Pop this on your Christmas wishing list, you won't be disappointed.
Kylie Christmas Kylie Minogue