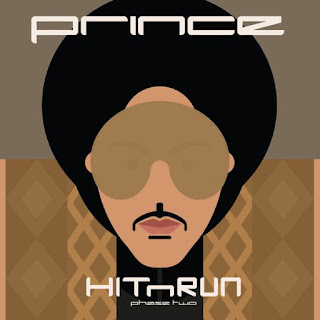 Prince is someone with a lot of tricks up his sleeve. Making surprise appearances and releasing CD's without anybody knowing about it. And the latter counts for HITNRUN Phase Two. Consequenceofsound says the CD was recorded fully in analogue … over a nearly four-year period – gradually adding songs until the sequence was perfected and ready for release. A 16-member horn section is featured throughout the album, combining Prince’s NPG HORNZ and Minneapolis’ HORNHEADS, the latter a frequent addition to his larger studio ensemble. I quite like it. It's funky, groovy and anything what I've expected from the Purple One. My favourite track on this 12-track CD is “Baltimore”, a song he wrote following the much publicized death of Freddie Gray, the Baltimore man who was allegedly killed while in police custody.
HITNRUN Phase Two Prince