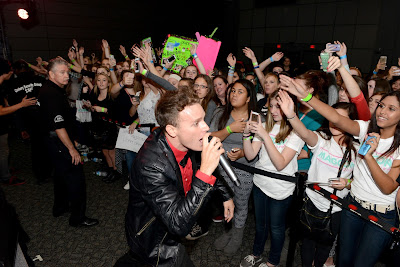 The exciting American Pop/Dance/Hip-Hop artist  Lancifer has set his sights on South Africa. The young American Pop/Dance/Hip-Hop artist from Nashville Tennessee, LANCIFER, is one of the most exciting things our shores can look forward to this year. Lancifer's 4th record, Go Big or Go Homeless, was released recently in South Africa. The album is produced and written by Lancifer with collaborations from co-producer Stuart Bullard (Dr. Dre) to co-mix engineer Andrew Law from Owsla Records (Skrillex). Go Big or Go Homeless ranges from funky RnB meets EDM to electro swing to hard hip-hop, all under a radio pop umbrella. The first single and music video from this album is Freak in Me Out. This prolific artist has opened for the likes of Miley Cyrus and has  toured to 10's of 1'000s of fans from hospital performances to sold out arena's in 17 countries including the US, UK, Germany, Sweden, Finland, Thailand, Singapore, Hong Kong, Costa Rica, Ukraine, Austria, France and Canada. Lancifer has over 40 original songs released with 28 music videos shot in 15 countries. He has had TV cameo's and appearances including SyFY channel's Z Nation and Sharknado 3, Dance Showdown Season 3, NBC News for charity work at the 2015 earthquake in Nepal, ABC's Nashville and won MTV's The Hookup. He is looking forward to visiting South Africa this year.  Concert dates will be announced at a later stage.
Dr. Dre Lancifer Skrillex