What David Bowie meant for me and my interest in music 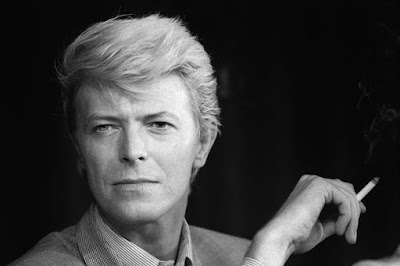 The first time I heard the music of David Bowie was in 1987. I was about 16-years-old, a recluse, and visited my cousin on a regular basis. He was also a recluse, lived with my grandmother, struggled with depression and had boxes and boxes of vinyl records. I didn’t know 99% of the music in those boxes, but I soon learnt about David Bowie. My cousin, who regrettably committed suicide when I was in my last year of high school, had the first pressing of David's 1971 album, Hunky Dory. It was magic in a sleeve. Songs like Changes, Life On Mars and Queen Bitch became my anthems. My friends were listening to Wham! and Madonna (nothing wrong with that), but I preferred the music of this new (well, for me at least) magical wonder, David Bowie. 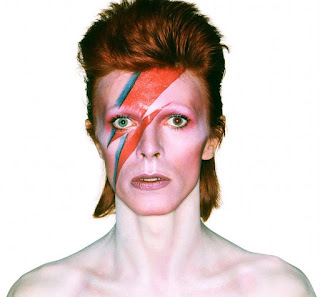 Of course, The Rise and Fall of Ziggy Stardust and the Spiders from Mars (1972), blew me away. Can this genius do nothing wrong?, I wondered many times. In my eyes, no. He was magical, half man half woman, he pushed the envelope with music, looks and fashion. He was brilliant. Unlike anything I've ever seen or heard. After the death of my cousin, I inherited all those boxes of vinyl records. I still listen to David Bowie's records in that collection. There are a lot of David albums. I was shocked and sad to learn of his death. It sounds like an insane online rumour. It was not. I never knew he was ill. How ironic that his last CD, Blackstar, was only released a few days before his death. My music world feels a bit empty with the loss of David. He will always be remembered, I will always remember him. In the words of renowned fashion designer, Jean PaulGaultier: "He transcended the eras, influencing them and sometimes even creating them musically, intellectually and as a human being. Personally he inspired me by his creativity, his extravagance, his sense of fashions(s) that he was constantly reinventing, by his allure, his elegance and his androgyny."