Charlie Puth - King Of The World! 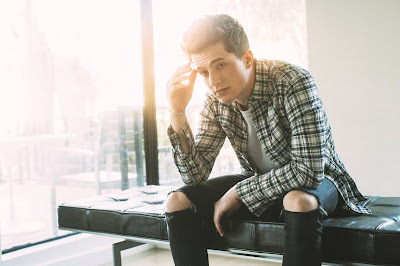 Charlie Puth has made an incredible chart debut with his highly anticipated album, “NINE TRACK MIND.” The album – which includes worldwide hit singles “One Call Away” and the RIAA Platinum certified “Marvin Gaye (Feat. Meghan Trainor)” – arrived at No. 5 on Billboard’s Top Current Albums chart. He also entered the Billboard 200 at No. 6 with 65,000 units according to Billboard. “NINE TRACK MIND” is available now at all DSPs and streaming via all leading streaming services.


Puth will celebrate the album’s widespread popularity with a TV performance and interview on tonight’s instalment of CBS’ The Late Late Show with James Corden (check local listings). The appearance follows recent performances of “One Call Away” on ABC’s Jimmy Kimmel Live!, NBC’s TODAY, and the nationally syndicated Ellen DeGeneres Show, the latter highlighted by the official announcement of the multiple GRAMMY® Award nominated singer/songwriter’s first North American headline tour.

Charlie is currently seeing success with his latest single, “One Call Away.” The track is blowing up at multi-format pop radio outlets nationwide while also approaching the top 20 on Billboard’s “Hot 100” – Puth’s third consecutive top 40 hit in less than one year. The song’s massively popular companion video has already drawn more than 40 million views at Charlie’s official YouTube channel.