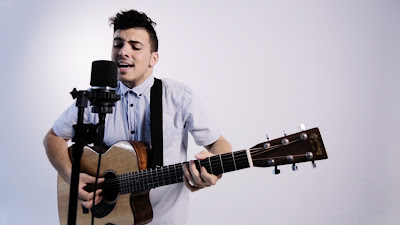 Loki Rothman has given a local flavour to the Justin Bieber’s hit, Sorry. He released a stylish #OneManBand video cover of the song. Apart from his original offerings in the form of his debut album, The Way Back, and his instrumental DVD, Syndactyly, Loki started to release a selection of #OneManBand covers in 2015.  Sorry is the fourth in this particular series.

Why Loki chose this song:

“I think all the new Justin Bieber tracks are cool.  The whole of the new album is done so well.  “Sorry” is the one single on the album that really ‘sat’ with me the most.  The percussive elements used in the original version drew me in to try and copy it on an acoustic guitar.  I haven’t found a legit cover of this tune on YouTube, so I thought I’d give it a go.”

These #OneManBand covers are showcases of Loki’s revered guitar skills and magnificent voice, but also serves as a representation of what to expect at his popular live shows and where he is headed with his original work.

Loki is full of plans for 2016.  He will release new original singles including collaborations with Pierre Greeff (Die Heuwels Fantasties) and Albert Frost, amongst others.  Loki and Albert are planning to tour together in May 2016.  Details will be announced soon.