JUSTIN SERRAO releases a steamy music video for 'Not Fighting' 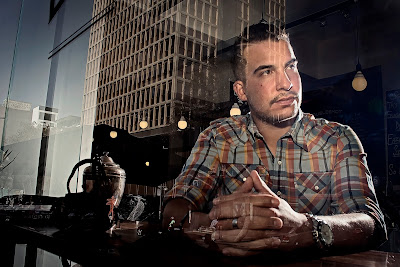 Justin Serrao’s steamy new music video for Not Fighting is out now. Not Fighting is a Country Pop song that Justin was inspired to write from influences he gained when he spent time in Nashville, Tennessee last year. On making the music video, Justin had the following to add, “It was an interesting shoot! Having Michelle play ‘Chopstix’, topless on the piano…” Through the use of contrasting monotone and full colour scenes, music video director, D.O.P. and editor, Charl Fraser tastefully depicted the track’s deeper meaning in this video. He illustrated the story of a lost lover (Actress - Michelle Chrystal Longman) and the tragedy of regret that inspired Justin to write Not Fighting. Justin’s future schedule is also filled with exciting events and news. Justin hints that the finishing touches are being done on his highly-anticipated EP that will feature the best in hot rock-country flavour, a cool collaboration with one of his favourite bands, CrashCarBurn as well as pre-production on his brand new television show which is set to kick off at the end of 2016.Watch the video HERE.