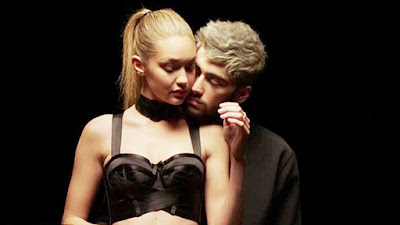 "PILLOWTALK," the new single by ZAYN (aka Zayn Malik, former member of One Direction) debuts at #1 on the Billboard Hot 100 Chart,  #1 on the U.S. Digital Songs Chart, #1 on the U.K. singles sales charts, and #1 on Billboard’s On Demand Songs Chart. In the U.S., "PILLOWTALK" sold 267,000 downloads, the highest one week sales total so far of 2016, and is the #1 most added track at multiple radio formats.

In the U.K., the single has received phenomenal support from fans and media alike with over 112,000 copies sold and 4.97 million streams this week, maintaining an immense sales lead ahead of its closest competitor.  The single has held the #1 spot on Spotify’s global chart since its release on January 29 and "PILLOWTALK" is also the platform’s fastest track by a debut artist to reach #1 worldwide.

“I am so happy to have my first number 1 in the U.K. and U.S.” noted ZAYN upon hearing the news.  “Thank you to all my fans and supporters, we have achieved this together and I am grateful.”  "PILLOWTALK," also debuts at the top of charts at #1 in Australia, Canada, and Ireland. The video for "PILLOWTALK" has amassed an impressive 60 million views in just over a week. “PILLOWTALK (The Living Room Session),” an acoustic version of the track, is available as well, check it out here.

ZAYN is set to make his debut TV performance on The Tonight Show Starring Jimmy Fallon on February 17th. This appearance marks Zayn’s first as a solo artist and comes in anticipation of his eagerly awaited debut album, MIND OF MINE, available March.