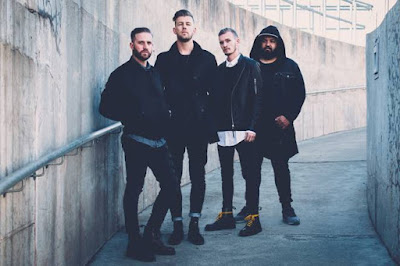 "Won't Break Down" is the 2nd single from Zebra & Giraffe's new EP "Slow Motion". It follows the Top 10 single "It's All The Same" and was recorded in Stinson Beach, California and produced by Cian Riordan. As with the 1st single, "Won't Break Down" continues down a more positive path lyrically as the band explores a more Pop-Rock orientated sound. Lead singer Greg Carlin says of the lyrics: “Between the verses and chorus of ‘Won’t Break Down’, I wanted to create a contrast between the desperate and juvenile kind of love I was yearning for when I was 17, and the more mature and balanced love I have now. I guess it’s kind of like a coming of age, but one that took almost 15 years!” The music video for the track was filmed by the band during their time in California. It features behind the scenes action from the recording of their EP at the beautiful and unique Panoramic House - a one in a kind landmark built in the 1960's by a local teacher and his family. The house is built entirely out of recycled building materials salvaged from the great San Francisco Bay area. The current owners of the house carefully upgraded it in 2013 and it now includes a world-class recording studio!