GOODLUCK - "The Nature Within" pre-order out now! 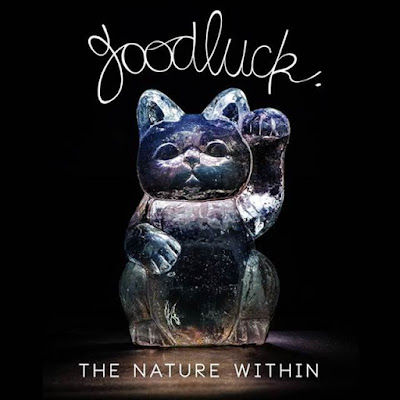 The Nature Within the third album from much loved electronic pop act GoodLuck available for pre-order a via Sony Music Entertainment Africa - https://SonyMusicAfrica.lnk.to/DBc5V

The pre-order features smash singles Back In The Day, LondBeat cover Thinking About You and their latest hit single Find Me In The Forest which is making waves all over the country. For the band this album is their finest album yet and is a product of a year long journey and exploration of ideas and places.

"We've recorded this album all around the world, from Singapore to Berlin and nearly everywhere in between. The album is called "The Nature Within" and I guess we're wearing our hearts on our sleeves with this one, sharing more of ourselves than we ever have before. It’s taken nearly a year to finish and we think it’s the best work we've ever done, every song from our hearts to your ears and we can’t wait to share it with you all! “– GoodLuck Including collaborations with artists such Black Motion, Kyle Watson and YOUNOTUS, The Nature Within sees an expansion in the GoodLuck sound but stays true to the musicality and lyrical depth that the band has established over their career.
Black Motion Goodluck Kyle Watson and YOUNOTUS Sony Music Entertainment Africa The Nature Within