KoRn - The Serenity Of Suffering 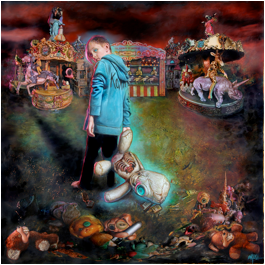 Rock group, KoRn, are at it again! The group recently announced that their 12th studio album 'The Serenity of Suffering' will release on  21 October. To celebrate, the group presented a creepy video for their new single 'Rotting In Vain' which reminds fans why they fell in love with the band. The album was produced by Nick Raskulinecz and also includes a collaboration with Slipknot's Corey Taylor. Pre-order the album on iTunes and get 'Rotting In Vain' instantly.
KORN