Mango Groove is back with brand new CD! 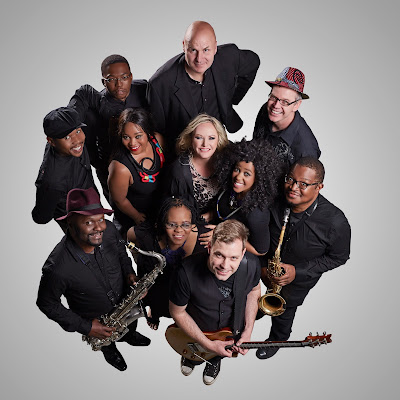 South African supergroup Mango Groove confirm the release of their first new material in 7 years.  The double album titled, Faces To The Sun, is set for release on 28 October 2016.

The new material celebrates Mango Groove’s skillful penmanship, with the lead single entitled ‘From The Get Go’.  Other stand out tracks include the beautiful ‘Kind’ and the title track, ‘Faces To The Sun’.

Says Claire Johnston, ‘’Wow, this really was a project of the heart for us: over four years in the making, a host of new songs we are really proud of, and at the same time a chance to celebrate our favourite SA songs from the last few decades.’’

The collaborations are truly special with legendary and new artists alike, adding their voices to unforgettable songs like Mmalo We, Malaika, The Lion Sleeps Tonight, Kinders Van Die Wind and Another Country, to mention but a few. Featured artists include Rebecca Malope, Vusi Mahlasela, Juanita du Plessis, Zolani Mahola from Freshly Ground, Kurt Darren, Romanz, Mo T from Mi Casa, and “Big Voice Jack” Lerole (his last ever recordings), among others.

Says John Leyden, ‘’The choice of collaborators was a very personal process for us, and we feel hugely honoured and privileged that so many great SA artists chose to celebrate this project with us. We chose iconic SA artists that have been part of our own musical journey and whose amazing voices suited our interpretations of the songs, but at the same time, we also worked with a couple of new and exciting contemporary artists that brought their own magic to the tracks’’ 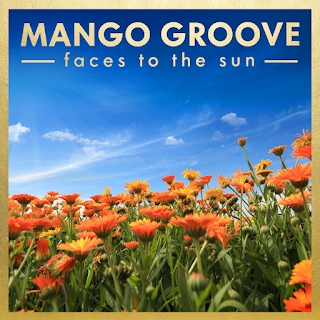 Says Claire Johnston, ‘’In many ways, for Mango Groove the  Faces to the Sun project was about much more than music, as it was about celebrating being South African in all its many forms. In essence, the two CDs are really just different sides of the same coin. If ‘Memories and Moments’ (the first CD) celebrates where we have come from, and the great SA tracks that have touched us through the decades, then ‘’Here, Now and Forever’’ (the second CD) is very much about Mango Groove today, and where we are going in the future.’’

The new album will be released by Warner Music South Africa. Says MD, Tracy Fraser: “Mango Groove is quite simply South African music royalty. We are very excited to help write the next chapter in their incredible story.”
Faces To The Sun Mango Groove