MUST LISTEN! Leonard Cohen - You Want It Darker 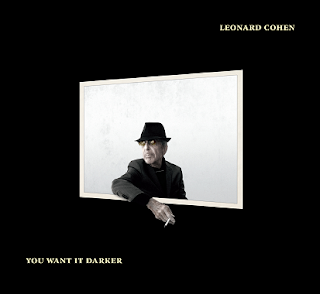 The 82-year-old Leonard Cohen continues to wow audiences with his most prolific album yet. The new collection of startling songs was produced by his son Adam Cohen, and following last week’s global launch event at the Official Residence of the Consul General of Canada in Los Angeles, the accolades for this body of work have been pouring in from around the world.

“Cohen's voice remains strong, measured and assured. There is, as ever, flashes of playful humour in his wonderful use of language,”
The Irish Times – 5 stars

“Leonard Cohen Makes It Darker. At eighty-two, the troubadour has another album coming. Like him, it is obsessed with mortality, God-infused, and funny,” The New Yorker

“An unquestioned masterpiece. Cohen courts what is most uncomfortable in the human condition and transforms that terrifying unease into something of great beauty – and in the process, some comfort too," The Arts Desk – 5 stars

“This is Cohen’s gift to music lovers: a realistically grim, spiritually radiant and deeply poetic worldview, spiked with a romantic thrum and an existential wink,” Rolling Stone – 4 stars

“You Want It Darker, it is such a pleasure to listen to... this album confirms he has much more to say, much more to share, as a sage who doesn't offer himself as such but rather as a fellow questioner stumbling through.  Yes, Leonard, if you're asking, we do want it darker,” Sydney Morning Herald – 4.5 stars
Leonard Cohen