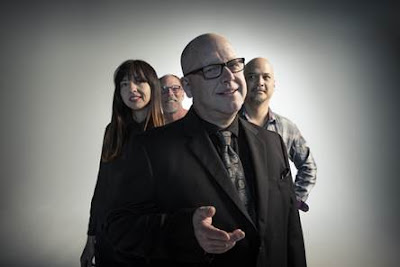 Now I'm really amped for this one! I've been a fan of them since their early days and never in my life thought I'll ever see them in concert, especially South Africa, but now it's true! The Pixies are coming to South Africa!

The rock icons will visit our shores in March 2017. Marking their first visit to SA, Pixies will headline the inaugural “Rock on the Lawns” music festival on the Festival Lawns at Carnival City, Jo’burg and will play under the stars at Kirstenbosch Botanical Gardens in Cape Town.

Pixies are considered to be one of the most influential alternative rock bands of all time. Their string of anthems include Gigantic, Where Is My Mind, Here Comes Your Man, Monkey Gone to Heaven and many more.

At the “Rock on the Lawns” music festival at Carnival City, Pixies will be supported by the cream of the SA rock scene: Springbok Nude Girls, Prime Circle, aKing, CrashCarBurn, Shortstraw, The Sweet Resistance and The Robfather (DJ). They’ll perform on the Carnival Festival Lawns, a premium outdoor setting at a venue that perfectly caters for large-scale music festivals.

The Cape Town “Rock on the Lawns” concert will be a more intimate experience as fans enjoy Pixies under the stars at Kirstenbosch Botanical Gardens supported by Springbok Nude Girls.

Pixies have recently released their new album Head Carrier. The 12-track collection of the band's unique aural mix of surrealism, psychedelia, dissonance and surf rock was produced by Tom Dalgety (Killing Joke, Royal Blood) and recorded at London's Rak Studios from mid-February through to mid-March this year.

A special limited edition deluxe box set of Head Carrier is available exclusively through Pixiesmusic.com, which includes the CD, the album on heavy-weight/180 grams black vinyl, and a 24-page, oversized booklet with the song's lyrics and Vaughan Oliver's evocative, original artwork.  Also available only through the band's website is a special bundle that includes the deluxe box set, special t-shirt, and a special 12” x 12” record sleeve sized poster.