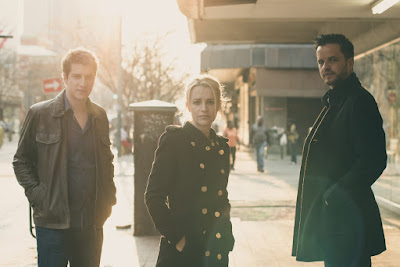 Like a bull in a china store, this rock band is here to break the preconceived ideas of what South African rock music should sound like.

Presenting the band’s debut single - Back in School - is an explosive ‘“hello we’re here” from the band. With guest drummer, Mike Wright (previously from Zebra & Giraffe), the single is a catchy pop, rock track with a strong 80’s dance hook, that immediately gets your feet tapping and transports you back to your childhood and lets you relieve the first tugs and rush of excitement that was falling in love.
Formed in 2016, the band will release their debut EP on October 21, feature 6 tracks of the best pop rock ever heard in South Africa. Recorded at Openroom Productions and produced by Greg Carlin (Zebra & Giraffe).
Bonfire Buffalo Zebra & Giraffe