Storm teams up with Swedish DJ StoneBridge on new single 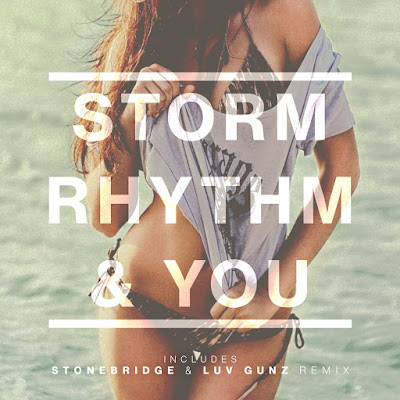 After releasing two successful singles earlier this year, 17-year-old singing sensation Storm is back with a new single. This time around, however, the singer has joined forces with one of the world’s greatest DJs, StoneBridge, on a special mix of his new track ‘Rhythm & You’.

StoneBridge has had multiple hit singles over his career. The Grammy-nominated DJ has done official remixes for acts such as Madonna, Ne-Yo, Usher, Melanie C, Britney Spears, The Pussycat Dolls, Sia and Jason Derulo to name a few.  Now, as he plans on breaking further into the South African market, the Swedish DJ has worked his magic with Storm. The two collaborated on a remix of ‘Rhythm & You’ that is bound to set the clubs alight.

“This was a great project to work on,” StoneBridge said ahead of the track’s release. “I was really impressed with Storm’s catchy writing and feel-good vibe. I gave the song an uplifting feel and bouncy rhythm to go along with the message.  I can’t wait to add this mix to my set.”

Much like Storm’s previous two singles, ‘Rhythm & You’ explores the theme of young love. “I was inspired to write the song after I couldn’t get a certain girl out of my head. I was sitting at the beach listening to music and all I could think about was her being by my side. All I needed was her and her music and that’s exactly what I put in song,” the singer explains.

Naturally, Storm was ecstatic to work alongside the world-renowned DJ on the single mix of ‘Rhythm & You’. “It was such an honour working with someone as great as StoneBridge on the track,” Storm says. “He has such great vision and understands what it takes to make a hit single. It was inspiring watching him work and I’m so glad we were able to work on this song together.”

Today, Storm releases an exciting EP of the track which features both the radio and club mixes of the remix as well as the original edit of the track. “I’m so excited for the world to hear what we have been working so hard on and I really hope my fans enjoy it.”
StoneBridge Storm