Die Heuwels Fantasties is back with a brand new single: LED Liefde 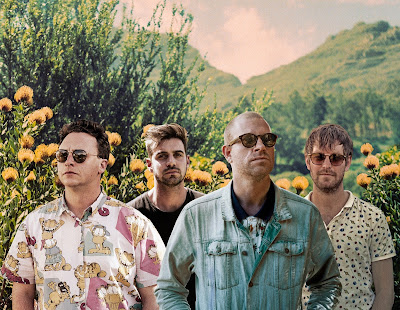 Die Heuwels Fantasties is back with a brand new single to bid farewell to 2016.

Hunter Kennedy (bassist, co-lyricist and backing vocalist for Die Heuwels Fantasties) says that LED Liefde is about longing.  “During the festive season there are many people who can’t be with their loved ones. Modern technology offers bitter-sweet contact.  Even though you can connect with them and see them on your LED screens, it doesn’t do much to curb your homesickness.”

Hiram Koopman joins Die Heuwels Fantasties on this song.  “He brings some bounce with his unique saxophone playing,” says Hunter.  Hiram will feature on a few of the tracks on the new album that will be released in 2017.

A lyric music video for LED Liefde will be released on 5 of December 2016. Hunter says that this will be Die Heuwels Fantasties’ first lyric video.  “We feel that the concept ties in with the technological theme.  We are excited to see what bewilder.tv comes up with.”