Though relatively unknown to the mass market, Rici Martins is no stranger to the South African music industry. Yes, he spends most of his time behind the mixing desk, recording for other artists, but he is also a multi-instrumentalist and has performed with numerous acts including Chiano Sky, Howie Combrink and Matthew Gold, to name a few.

Rici is currently on an European tour with international rock legends The Awakening, witnessing some spectacular locations on the way, but this hasn’t stopped him from launching his solo career project – titled SEVVEN - back home. A force to be reckoned with, SEVVEN’s debut single Forget Who We Are is a melodic pop ballad with an combination of both old school and new age sounds. It shares the story of two people that got together at a time in their lives when they were both in bad places. No matter how hard they tried to stay apart, being together is what saved them in the end.

When did you came up with the idea for the SEVVEN concept?
It all started end 2013. I was in-between projects and had some free time. I wrote and recorded two songs that ended up initiating the whole thing.

What is SEVVEN exactly?
For me, it's a space to be creative on my own terms. Initially there was no timeline or deadline pressures which was great. I've been involved with so many artists, and I felt it was time to have something I could feel proud of on my own. My hope is to create something that is larger than myself and that someone in the world can experience, and hopefully be inspired by.

Which artists are on your roster still to work with?
Currently I am working with Chiano Sky, Howie Combrink and The Awakening in a live capacity. In studio I'm having a great time with Ashlinn Gray, working on Howie's new album and some other "secret'ish" projects. In terms of the future, there's lots of people I'd love to work with, but to me it's more important to find the right ones.

What has touring with The Awakening taught you the most?
I always love the perspective I get from touring. It removes you from you usual environment, and really helps you get closer to the things you actually want to do. It's so easy to get distracted, so I treasure experiences that helps me focus.

What is your music interest & taste like?
I just love music. The power in the feeling it can give you. I find that the more I just listen to music for the emotion, the less I'm aware, or critical about genres. I am however in a space where I enjoy a blend of synthetic and organic sounds, when done in a way where you're not exactly sure which is which.

When did you start in the music industry, and can you remember who the first artist was you worked with?
I started playing my first real shows early High School. My drum teacher at the time had an acoustic duo and they wanted to add a drummer to the line-up.

Tell us a bit more about your musician dad?
My dad is a guitar player. He always played in bands while I was growing up and I used to love sitting in while they rehearsed. He's living in Saudi Arabia at the moment recording music in a nice home setup there! 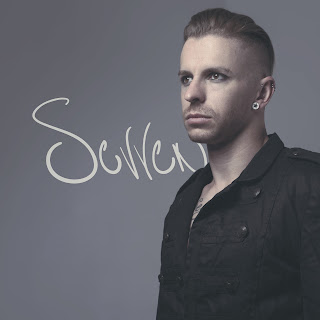 What is the first ever CD/Album you bought?
Linkin Park Hybrid Theory. I still remember the first time I listen to it quite clearly. It was such an exciting sound!

And what CD is your guilty pleasure, the one you maybe hide from friends, or they don't know about?
It would have to be Taylor Swift last album. The songs are just so good. If you haven't yet, check out Ryan Adam's cover version of the album.

So where at the end of 2016, what are your plans for 2017?
I'll be releasing a bunch of new singles and videos all through next year with SEVVEN, and then I'm currently busy working on an exciting live show to hopefully start touring in Feb. It's been such a rewarding process of discovery.
Chiano Sky Howie Combrink Matthew Gold Rici Martins