Music with a purpose: RADA Unearthed Volume One available now for digital download 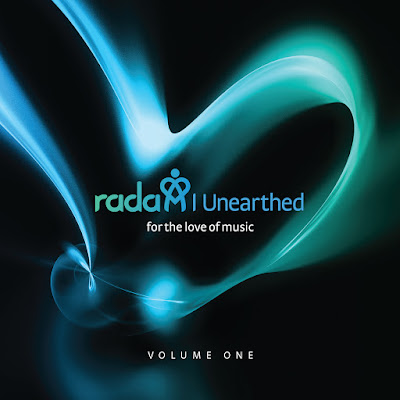 RADA, in all their endeavours, strive to effect change. An acronym for rape, alcohol, drug and abuse, RADA aims to combat addiction and life’s cruellest atrocities by building comprehensive renewal centres worldwide. While involved in various CSI projects, the non-profit company also contributes to the arts.

RADA Unearthed has launched a compilation album featuring a bevy of South African talent. The contemporary pop album features new hit singles from both unknown and established artists, including the likes of Prime Circle, Howie Combrink, Ashlinn Gray and more.

Music is so integral to human life and has the power to change lives, which is why the upliftment of the musical arts is so important in RADA’s overall vision.

Nobrega says, “I believe everybody can identify with a good song. The passion that has gone into this CD is phenomenal and the talent equally so. It’s something to be really proud of. As far as South African talent goes, I believe we are up there with the best of them and I’m hoping that when you pick up the album and listen to the songs, you will feel the passion and love.”

Staying true to their vision, they continually strive to assist all artists from all genres of music, giving those with little or no means the opportunity to realise their dreams. The aim is to fundamentally change the face of South African music in the way it is perceived, packaged and delivered to South Africa and to the rest of the world.

* Based on statistics, South Africa is seen as the world’s rape capital. In February 2013, J-P Nobrega was sitting in traffic on his way to work. It was an ordinary day, the same old queue of cars steadily pacing the highway. Listening to his daily dose of the Breakfast Show with Darren Simpson on what was then known as 94.7 Highveld Stereo, J-P noticed something unusual, something was different today.

Every few minutes - four to be exact - a beep would echo over the air, interrupting their daily broadcast. He soon learnt that the beep symbolised every time someone was raped in the country, a rape campaign which was being broadcast in conjunction with LEAD SA. It was a hard hitting realisation. For many it was frightening, but would remain just a momentary realisation.

For J-P, it was the planting of a very important seed that would grow and be nurtured into something far greater. He had had enough. Switching off the radio, J-P went to bed that night with a black cloud hanging over his head. He knew something had to be done. After much deliberation and research - which led to the discovery of issues far broader than the uncontrollable rise in rape statistics - he decided to leave his cushy job as an accountant, sold all of his valuable possessions and started RADA, a non-profit company, together with Jacqueline Gilbert the Managing Director of RADA. J-P now eats and breathes RADA alongside his personal tax practice.