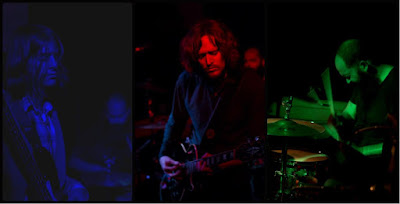 Aidan Martin releases his second single off his upcoming album which resonates with the sound of one’s soul which seems to constantly seek liberation from the prescribed box - No Kind Season “is a song that challenges conformity and questions the general interpretation of sanity. I feel that sometimes the reality of life becomes overwhelming and it's hard to find meaning in this world,” Aidan explains.

Things in the world have become so expendable, including music in our fast paced lives and he continues to explain that, “To be confronted by mortality, loss of life and the passage of time, the mind becomes perceptive and can easily go astray. Yet at the same time, life is short and you just can’t stop - chasing hope and rising above this chaos and turmoil.”

His latest single comes right after the successful release of his latest music video, Refugee which is the title track and first release off his highly-anticipated second blues-rock album coming up later this year.
Aidan Martin