The Parlotones to release orchestrated DVD 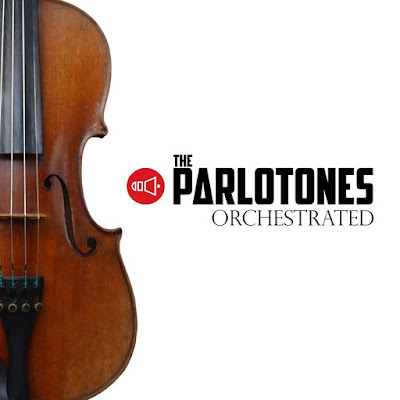 Off the back of The Parlotones Orchestrated ‘SOLD OUT’ South African tour, the band will be releasing The Parlotones Orchestrated DVD at The Lyric Theatre, Gold Reef City on the 1 December 2016. The launch will see the band perform many of their hits with the chamber ensemble that was successfully arranged and conducted by composer and acclaimed musician, Brendan Jury.

The DVD, filmed over two ‘SOLD OUT’ evenings at The Teatro at Montecasino, is a must have that fans both locally and internationally will want to get their hands on. Displaying contemporary yet classical versions of their acclaimed discography whilst still treating their fans to everything they have grown to love about the Parlotones, The Parlotones Orchestrated DVD Launch is something you do not want to miss.

“Orchestrated has been an incredible journey for us as a band" says Kahn Morbee, lead vocalist, The Parlotones. "Our main objective was to re-work many of our songs by incorporating a chamber ensemble led by Brendan Jury. The process was very meticulous as we wanted to create alternate versions of the tracks and not just add strings to a song thereby giving our fans a whole new experience of songs they have been listening to over the years.”

Watch the following teaser clip for a taste of what to expect from the DVD and launch show on 1 December: https://www.facebook.com/theparlotones/videos/10154276818394753/

The Parlotones Orchestrated will be released on DVD and CD, and the DVD will also include bonus music videos and interview footage.