EXCLUSIVE! We speak to local muso Amanda Lamprecht, or in short “Amandala” about recording Afrikaans music in the States 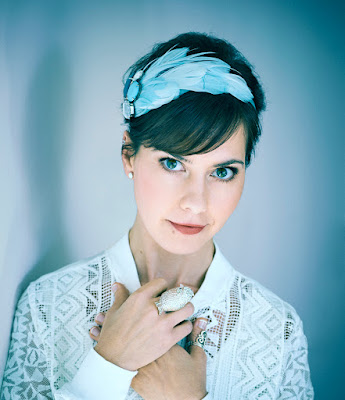 South African Amandala lives in Seattle. She released her English album “Far and Wide” in US in March this year and her debut Afrikaans album “Alles Wat Jy Lief Het” was released in South Africa on November 1st. Amandala is currently in South Africa to promote both her albums.

Wow, you live in Seattle and just released and Afrikaans album. Congrats! Tell us why you decided to release an Afrikaans album? I was working on a full length English Album called “Far&Wide” that was released in March 2016 ; simultaneously the Afrikaans Album “Alles wat jy lief het”, began as a side project and before I knew it ,it  blossomed into its own thing. So this year, I released two albums; one in Afrikaans and one in English. All different songs and all original material.

You have lived in Seattle for 15 years now. What prompt the move to Seattle and tell us a bit more about your music career in the States? Since I was in high school I always thought that one day, I will travel or live overseas. When the opportunity came to go to the States it was very exciting. My music career is in Seattle on the West Coast. I play gigs, record and I’m part of the vibrant Seattle music scene. For 10 years I played in punk, goth and indie bands, but  3 years ago I started to play out my own material and since then things have really picked up for me in the city. I am very fortunate to have worked with great musicians. The drummer for Modest Mouse and the violist for Macklemore played on my album “Far&Wide” that was recorded at  London Bridge Studio, that is known for their work with artists such as Macklemore, Pearl Jam, Temple of the Dog, Alice in Chains and Blind Melon. I’ve also been fortunate to play gigs with super talented musos. Trey Gunn from King Crimson was the special guest at my Album release show in March. So yes, there are many opportunities in one city alone. Between South Africa and Seattle I stay pretty busy with music and promos. Many of the tracks for the Afrikaans Album “Alles wat jy lief het”  was recorded in Seattle at Earwig Studio and the tracks was send over to Stellenbosch, to be finished at Sunset Recording Studios.

For those who don't know, how would you describe your style of music? My English album has a true Seattle dream pop darker sound. Songs like “nothing” “the traveled”, “it’s you I find “and “coming home” are examples of typical dream pop music. The Afrikaans Album is original pop music. My voice sounds young and has round tones. I have a nuanced unorthodox singing style that is unpretentious and unique. Both albums contain songs that are playful and songs that are more serious, that hints at a deeper intensity. My music is melodic and catchy with twists and turns that surprises.

How did you start in the music industry? I started playing violin at the age of 6, singing in choirs all my life and playing in bands since my early twenties. I am an independent artist that work with big names in the industry, but so far I have no big machine of promotion and/or labels behind me, only people in the industry that loves my voice and my music and that are eager to help me along the way.

What kind of music do you like to listen to? I like heavy metal, grunge, industrial, pop, indie, goth, electronic dance and classical music.

When you arrived in Seattle, did you had a job, or what did you do to keep your head above water? I always fall back into doing IT recruitment internationally to keep my head above water. I also started my own boutique IT recruitment company. I teach Yoga classes, yoga workshops, teacher trainings and retreats and I also paint and sell my art online and at posh school auctions.

Besides music, you also studied Acutonics. What is this and why this move? Acutonics is like acupuncture but instead of using needles one uses tuning forks on the body. I was in a rear-end collision and went for an acupuncture treatment for my neck and back. The acupuncturist used tuning forks on me and when I heard the sound of the forks and felt the sound vibrations in my body and along my spine, I knew instantly that I wanted to find out more and study this modality. Acutonics works with musical intervals and sound, so being a musician that also teaches yoga I just fell in love with this modality. The sound waves of the forks vibrate and travel deeply into the body. The rich resonance and vibration connects with and supports the body's natural frequencies, stimulates and balances the body's physical and subtle energy field, promotes wellness, deep inner harmony and creates a sense of well-being. It is very gentle and I love it!!!

What other things do you do besides singing and studying? I don’t study at the moment. I studied and got a Law Degree at NMMU.I also studied many Yoga certifications in the US and in India and the Acutonics Certifications. Besides singing and music, I love cooking vegetarian food, traveling, painting and doing “ The Bar Method”

Who lives with you in Seattle and what is family live like in the States compared to South Africa? It’s only my husband and I. The rest of my family live in Port Elizabeth and I have a sister in law in Sweden. All families are very unique and diverse no matter where they are. In my personal experience the US families I know might be more loving and accepting with LGBT family members than families I know in South Africa.

What do you miss the most about South Africa? I miss my family the most.

Can you still remember the first ever CD/album you bought? The Flashdance music soundtrack. I borrowed my sister’s black ballet leotard and leg warmers and put on  black boots my mom bought for me at OK and danced around on “What a feeling” and “His a dream” from that soundtrack 

2017 is knocking at the front door, what are your plans for next year? After spending allot of time in studios , releasing 2 full length albums and 2 music videos in 2016,  I plan to play gigs and do promos in 2017.
Amanda Lamprecht Amandala