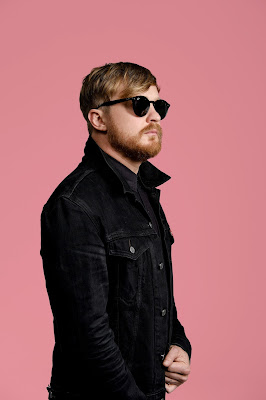 FRANCOIS VAN COKE’s highly anticipated sophomore album, Hierdie is die Lewe (This is the Life), will be released on 2nd February 2017.  The album can already be pre-ordered from iTunes or Google Play. The first music video from the album, Mensdom was released on 10 November 2016.

Permanent Record released a 7” vinyl featuring Mensdom and a B-side track called Klein Prys (Small Price) that Francois wrote for Fokofpolisiekar, or Die Bende (The Gang) as they are also affectionately known.  Klein Prys is about the legacy the band shares and the tough times that brought them to where they are today.

Francois reminisces about the old days when Fokofpolisiekar started out, the chances they took, the sacrifices they made, and the adventures they shared.  After all these years and after everything they have been through, they remain family and still thrive as a band.  “It’s been a privilege to walk this road with the Fokof guys and to still regularly play shows with them,” says Francois.

Francois had a very special music video made for Klein Prys.  The video contains priceless footage of Fokofpolisiekar in their early years and present days.  This footage has never been released and gives the viewer an intimate behind-the-scenes look at the band.