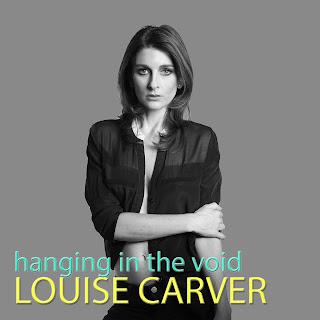 Louise Carver releases her finest studio album to date as ‘Hanging In The Void’ is officially out on CD and on all Digital platforms nationwide.

‘Hanging In The Void’ is Louise Carver’s most heartfelt and emotionally stirring album. First single “Lift Off” launches the album with a powerful message of hope and belief, and stand out tracks “Remedy”, “Time Stood Still”, “Your Love Is Like” and “All the Lessons” all tell a story of a tough personal journey that lead to creating one of the best records of 2016.

Louise Carver answers 3 Questions about the new release ‘Hanging In The Void’:
What was the inspiration behind the writing of the album? “I was very clear that I wanted to go back to a production that’s job is to support the song and not dominate it. The song had to be strong enough to stand on its own with lyrics and melody that created powerful emotions. I have always and will always write about what I have felt and experienced - to be authentic and reach people emotionally is what I do this for.”

Which songs on the album mean the most to you? “Each song has been so lovingly written and then produced so it is really difficult to choose any favourite but the one that still hurts to hear it is, ‘All the lessons’ and the song that makes me feel so proud to be a working songwriter is ‘Lift Off’ as I know it will encourage people to shift gears and find courage. I love the energy of ‘Keep your eyes on me’ and the late night nostalgia of ‘Your love is like’. Each song on the album is part of me and hopefully becomes part of people who love the album.”

How did you decide on the album title: “I was sitting in a pancake restaurant with my US producer, Joe Bermudez in Boston and we were talking about the awareness or cognitive shift astronauts get when they view earth for the first time from a space ship - how insignificant everything on earth seems compared to the bigger picture. He told me the sensation is called ‘hanging in the void’, and I instantly knew that was the right name for my new album.”

Carver has had multiple radio hits with singles such as ‘Empty Fantasy’, ‘It Don’t Matter’ and ‘Warrior feat. Zulu Boy’ and ‘Hanging In The Void’ is set to deliver many more radio and fan favourite singles. The album was recorded with one of SA’s finest producers Mark Beling and is arguably Carver’s best work.
Hanging In The Void Louise Carver