MUST HAVE! The Muses release fourth studio album FOUR 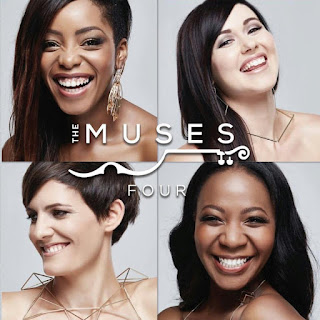 Exactly four years ago, The Muses released their very first album Pop on Strings. Little did they know that it would become a tradition year on year.

So before we bid farewell to 2016, the girls have launched their fourth studio album, aptly titled FOUR.

A force to be reckoned with, The Muses were founded by Olivia Kotze in 2011. They have since travelled the continent, playing for mass audiences, as well being invited to perform at some of the most prestigious events the country has to offer. Therefore, fans and curious bystanders alike, know that when it comes to this sassy string quartet, they don’t disappoint, be it on stage or in the recording studio.

As with their previous releases, FOUR is made up of a mixture of pop tracks arranged for string instruments.

“I think people love the fact that they recognise the music and hear the tracks on the radio and yet with the string quartet arrangements the melodies and harmonies come across as something completely different and new. It draws people in and makes them want more,” says Olivia.

Though uncertain they were going to release a new album this year, it wasn’t long before fate stepped in. As some of the most active performers in the country (entertaining crowds up to six times a week), these classically-trained virtuosos are always searching for new tracks to perform live. Before they knew it, their repertoire had grown so immensely. With enough songs to create a new album, the girls thought: “why not?”

And we’re glad they did. FOUR is the perfect party starter, featuring hits like “Can’t Stop The Feeling”,  “Uptown Funk” and for the more classically inclined, “Sound of Silence.”

Olivia says, “The song choices were a mixture of tracks we liked and wanted to play and one or two that were requested for corporate shows. The album just grew organically, but there are still so many tracks we would love to cover but, think there is something for everyone on the album.”

With the soothing sounds of two violins, one viola and a single cello, The Muses are experts at getting people on their feet and dancing, and you don’t even have to go to the nightclub. With FOUR, you can party it up in the privacy of your home, when no one’s looking and break out those uncanny dance moves.
The Muses