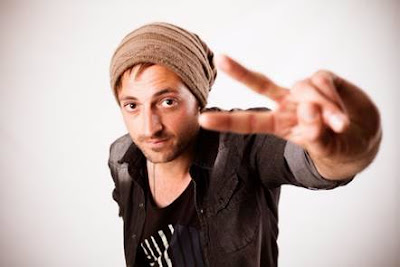 Theodore Roosevelt once said, “Believe you can and you're halfway there.” While this reference is often reduced to just another inspirational quote with more bark than bite, it is the precise philosophy employed at RADA Unearthed.

The core of RADA’s healing process – a non-profit company for rape, alcohol, drug and abuse - is the principle that people are entirely responsible for and accountable to themselves. The goal is to eliminate social safety nets and instead give people the tools they need to grow themselves.

In Early 2015, Howie Combrink was approached by RADA Unearthed (a division of RADA which contributes to the arts) to feature on their compilation album. The project would not only raise awareness for RADA Healing, but would, through the music, bring a message of hope and restoration. For Howie it was a sure bet. The singer songwriter wholeheartly committed his time and energy to the project.

He says, “Believe is a song I wrote about my observations of peoples’ lives. I think a lot of people in general need to believe in themselves a little more. The world is our playground and it's important to take advantage of everything thing life has to offer. Believe this world is yours.”

Unlike his previous solo material, Howie decided to get producer Rici Martins (AKA SEVVEN – also a RADA Unearthed featured artist) involved on this one, which really helped grow and expand his sound. Philosophical in nature, Rici added a dynamism to not only Howie’s eclectic sound, but his deep seated lyrics as well.

“Having Rici as producer on this allowed me get an external opinion and enjoy the creative process so much more. His musical knowledge is amazing and he helped me find the perfect sound the song needed,” Howie explains.

Believe forms part of an 18-track South African pop compilation released through RADA Unearthed. Staying true to their vision, they continually strive to assist artists from all genres of music. The aim is to fundamentally change the face of South African music in the way it is perceived, packaged and delivered to South Africa and to the rest of the world.
RADA Unearthed offers a full solution to artists ranging from a state-of-the-art recording studio, a full marketing package as well as world class live events and festivals.
Howie concludes, “The RADA family is very close to me and I support their cause dearly. I really hope South Africa and the World take the time to see what they’re all about.”

RADA, in all their endeavours, strive to effect change. An acronym for rape, alcohol, drug and abuse, RADA aims to combat addiction and life’s cruelest atrocities by building comprehensive renewal centres worldwide. While involved in various CSI projects, the non-profit company also contributes to the arts.

RADA Unearthed has launched a compilation album featuring a bevy of South African talent. The contemporary pop album features new hit singles from both unknown and established artists, including the likes of Prime Circle, Caroline Borole, Ashlinn Gray and more.