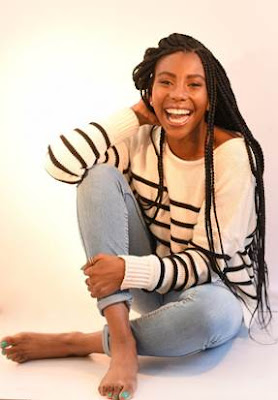 Joburg-born Siphs is only 20 years old, but she’s been perfecting her craft for years on theatre stages across the world and is ready to release her own music. ‘We’ll Go Far’ is the powerful debut single from Siphs and is released to radio this week.

"All the hard work is paying off!" elates singer, songwriter and actress Siphs on the release of her very own single ‘We'll Go Far’. From the early age of seven, Siphs began her journey in the arts. From performing her favourite songs for her family, to doing major productions throughout her school career, more over touring Europe as a backing vocalist for the Whitney Houston tribute show. Siphs is definitely going far and is very excited to share her music with the world!

"It's finally happening and I cannot possibly be more ready than I am right now!" exclaims an excited Siphs. “’We’ll Go Far’ is an anthem and a song for any moment in life. It’s an encouragement for not only myself but for anyone who believes they’ll go far in all they do in life. It’s also a song about love and appreciation for any relationship a person could be pursuing. Going far is something we all dream of doing in what we love and this year for me going far is the dream!”

The Whitney Houston tribute show travelled to over 9 different countries as Siphs sang to audiences in Zurich, Austria, Germany, England, Ireland, Scotland, Wales, Lithuania and the Netherlands in late 2016.

It might have been years in the making, but this is just the beginning for Siphs. SA has a brand-new pop star on the rise.

We’ll Go Far is out now on iTunes for digital download – https://itunes.apple.com/za/album/well-go-far-single/id1155498582
Siphs