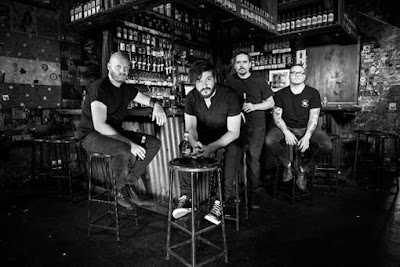 With their brand of honest, dirty rock ‘n roll, Stoker has made their presence known with heavily distorted guitars, bass and pounding drums that drive the melodic intensity of their songs.

Stoker is made up of two sets of brothers hailing from two small towns.  Chris and Jurgen ‘Borrie’ Bornman are from Rawsonville and Morgan and Redge O’Kennedy are from Malmesbury.  Both of the older brothers imparted their passion for rock ‘n roll onto their younger brothers.

The success of singles Evil Shaker, Take a Stab and A Stranger Throne triggered the recording of their full length self-titled debut album.
Stoker