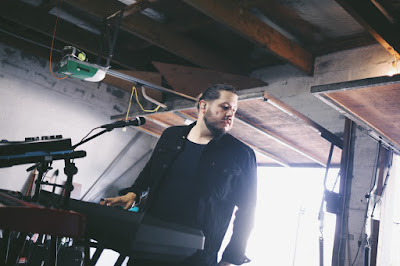 Mark Haze is proudly releasing his second single, ‘Shake What Your Mama Gave You’ and it’s a track filled with funk, rhythm and soul similar to songs you’ve heard before only from the great pop-legends like Michael Jackson and Bruno Mars. ‘Shake What Your Mama Gave You’ was exclusively premiered on Goodhope FM’s DJ Seano’s show last week. This single hopes to even surpass the success of Mark’s previous single ‘Better Than This’, which has been received with overwhelming positive response and picked up by major stations like 5FM and Jacaranda, among others.

Mark’s wish for those listening to his new single, is to feel inspired to get up, get out there and give it your all and says, “the track is really about giving it all you got with everything you do in life. Make it count, you know? No matter how much people try to force you into boxes and moulds, at the end of the day you gotta claim what’s yours and shake what you were born with - the drive and will to be successful. So get up and go, go, go! ‘Shake What Your Mama Gave You’ has been made with loads of funk and soul - it’s a song that also gives it all and shakes it all.”

‘Shake What Your Mama Gave You’ is available from iTunes here: http://hyperurl.co/a9eest

Plans for a new music video for ‘Shake What Your Mama Gave You’ are underway and a playful, fun theme will be the basis of this video production. The music video will be released in the next couple of weeks, so keep an eye out.