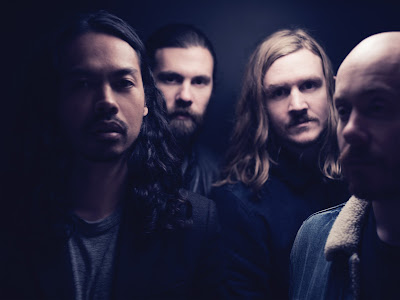 This year the festival will be headlined by Australian Rock Group The Temper Trap and also sees Parklife become bigger with two stages hosting live acts throughout the day. Joining The Temper Trap is American guitarist and composer Kaki King, Jeremy Loops, Francois van Coke, Matthew Mole, Guy Buttery, Medicine Boy, and Opposite The Other - the first of many acts to be announced.

Parklife Festival has cemented itself as Cape Town’s ultimate live music and gourmet street food festival and will once again host a one day music, food and lifestyle festival with a strong emphasis on great food. The Village will offer a variety of gourmet food stalls with options for all tastes.

Festival-goers are welcome to bring blankets and camping chairs, and there will be a designated area for umbrellas.

Parklife Music & Gourmet Street Food Festival is the perfect day out for the entire family and a relaxed way to end your Easter Weekend.

Early Bird tickets are on sale now at R295 and available from http://breakout.nutickets.co.za/

About The Temper Trap:
The Temper Trap have sold more than one million albums and their songs have been streamed more than 200 million times on Spotify and 20 million times on YouTube. They first came to prominence in 2009 with their acclaimed debut album Conditions, which, propelled by the global hits Sweet Disposition, Fader and Love Lost, saw them crash land into the charts in their native Australia, their adopted homeland of the UK, and worldwide. The band’s self-titled second album, The Temper Trap, spawned the hits Trembling Hands and Need Your Love, and saw them catch the attention of the likes of Coldplay, Africa Express and the Rolling Stones, all of whom asked the band to join them on tour, whilst they also graced the stages of major festivals including Glastonbury, Lollapalooza, Leeds, Reading and Coachella. In between they were nominated and won a number of prestigious ARIA Awards in Australia, as well as receiving a nomination for best international group at the BRIT Awards.

The Temper Trap are also set to headline Lush 2.0 in Clarens over Easter Weekend 2017 and more info is available at https://www.facebook.com/lushfestival.

About Kaki King
“In her near-13-year career that’s seen six studio albums and a Golden-Globe nomination for best original score, King has earned critical acclaim for the way she combines unusual tunings, complex fingerstyle picking, and slap bass techniques to create soundscapes that range from instrumental acoustic work to high-voltage rock songs. Now, she’s using her guitar in an entirely new way: as a projection screen."

The Atlantic
Hailed by Rolling Stone as “a genre unto herself,” composer and guitarist Kaki King is a true iconoclast. Over the past 13 years the Brooklyn-based artist has released 8 extraordinarily diverse and distinctive albums, performed with such icons as Foo Fighters, Timbaland, and The Mountain Goats, contributed to a variety of film and TV soundtracks including Golden Globe-nominated work on Sean Penn’s Into The Wild, and played to an increasingly fervent following of music lovers on innumerable world tours.

Her latest work, “The Neck Is A Bridge To The Body,” is Kaki at her visionary best: deconstructing and redefining the role of solo instrumental artist though virtuoso technique, insatiable imagination, and boundless humanity. This groundbreaking new multi-media performance uses projection mapping to present the guitar as an ontological tabula rasa in a creation myth unlike any other, where luminous visions of genesis and death, textures and skins, are cast onto her signature Ovation Adamas guitar which has been customized specifically for this production.

Click on the following links to see what to expect from this exceptional performer: