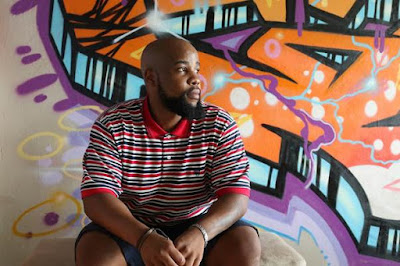 ‘Fan Girl’ is the first single from Apple Gule’s forthcoming debut album ‘SWAZiKiD’ due for digital release on Friday the 21st of April and physical CD release on Monday the 24th of April through Gallo Record Company.

The ‘In Your Life’ and ‘Wave G’bye’ hit maker has had a quick rise in the music scene following a string of hits in 2016, including a collaboration with Mapped Out Squad on the 2nd Season of the TV series Coke Studio. 2017 saw a sweet start to the year as the STRANGE LOVING REMIX of ‘In Your Life’ was released WORLDWIDE on 27 January through German label Katermukke Records. The response from international DJ’s has been incredible for the remix and even legendary BBC RADIO 1 DJ Pete Tong gave it a 5/5 rating saying “this is incredible ...”.

Apple explains how ‘Fan Girl’ came about. “This the follow up to my previous single ‘Wave G'Bye’ where that was a breakup song and I was exploring my emotions in a vulnerable place. In ‘Fan Girl’ I speak about a story where I have again found someone but I am not ready to commit to her as much as she wants to commit to me. In this specific situation she is only after me because of the starting of my success in my music career. So in essence, I am rejecting her and I just want her to be there to enjoy the music and my company but not ready to start another relationship.

He continues, saying “’Fan Girl’ is my song to a woman who wants to ride a wave and I don't think she deserves to be let in just yet.”

The Song was recorded by Ningi Poro and mixed & mastered by Gregory Nottingham and Robin Kohl at Jazzworx Studios.

‘Fan Girl’ is available for Digital download now or as an instant download when you pre-order ‘SWAZiKiD’ – https://itun.es/za/w7XAib
Apple Gule Fan Girl