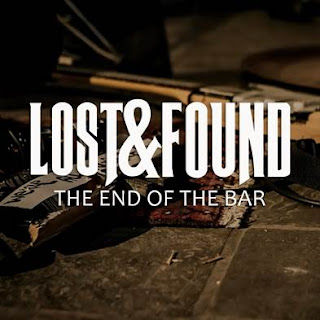 Lost&Found drops a dirty rock track to radio this week with the release of ‘The End Of The Bar’ featuring top SA guitarist Jedd Kossew.

Lost&Found duo, Glen Hodgson and Jason Oosthuizen, launched the single and video to a private ‘invite only’ group of guests at The Good Luck Bar – giving them a Rock & Roll night to remember! Guests were the first to hear the single and watch the music video for ‘The End Of The Bar’.

All lovers of Rock & Roll, watch the music video here for ‘The End Of The Bar’: https://www.youtube.com/watch?v=W7A1p0sZ_tA

The single is the first track from Lost&Found’s forthcoming EP, also entitled ‘The End Of The Bar’.

Jason Oosthuizen explains what the song is about: ‘It's about struggling with "Substance" abuse and how when you in that frame of mind nobody can really see your passion as they just label you as a "jol gat" but once you go to a bar there will always be someone willing to drown that internal pain with booze and drugs to make it all feel ok again.’

Jedd Kossew’s dirty guitar riff gives ‘The End Of The Bar’ it’s gritty rock sound. Oosthuizen had the idea to add Jedd to the song, saying ‘With the nature of our new sound, i thought having a "Facemelter" solo could just add to our vibe.I called jedd and the next day he was there taking two takes to get the exact solo we all wanted.I spent five years with Jedd in Van Coke Kartel so we have a great history and we know what we want when we in the same room musically.’

‘Lost&Found - The End Of The Bar feat Jedd Kossew’ is out through Gallo Record Company and available across all major digital platforms - http://smarturl.it/TheEndOfTheBar

Lost&Found also embark on ‘The End Of The Bar’ tour in May – all info here: https://www.facebook.com/wearelostandfound