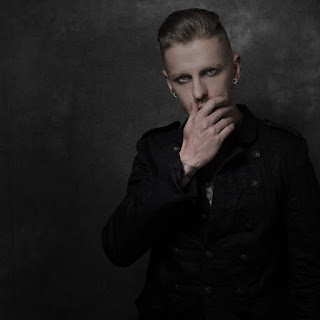 Following the success of his debut single Forget Who We Are, which charted on radio stations across the country, local musician SEVVEN teamed up with RADA Unearthed to release Fight For Love, a power ballad that will bring you to your knees.

The song follows the release of an array of successful titles from the non-profit, whose purpose is to give artists a platform to showcase their talent and spread a message of hope through music. Fight For Love is the perfect fit.

SEVVEN was initially brought on board to produce songs for the RADA Unearthed compilation, working alongside a bevvy of talented artists. When J-P Nobrega - founder of RADA – heard SEVVEN’s original material, he was immediately added to the line-up of acts set to feature on the album.

SEVVEN says, “Fight For Love was already written at the time, and it was a perfect fit, but it wasn't produced yet. I almost missed the album deadline, but managed just in time.”

RADA Unearthed was born from a desire to change the world through music. Because music is so integral to human life, J-P is of the opinion that it has the power to change lives. RADA Unearthed is a division of RADA. The project contributes to the arts and strives to assist all artists from all genres of music.

“RADA is a way to help make a difference, and anyone can get involved,” SEVVEN says. “It's not just a cool logo to have on your website, or something to make you feel better about yourself. It's real people helping other people make positive change when they need it.”

When asked about the meaning behind the song, he says, “I think we are afraid of what we don't know. Sometimes we hold onto ideas that aren't the best ones, just because we are afraid to change our thinking. This song, is about being brave, and fighting for that one thing that will always be the higher choice, which is LOVE.”