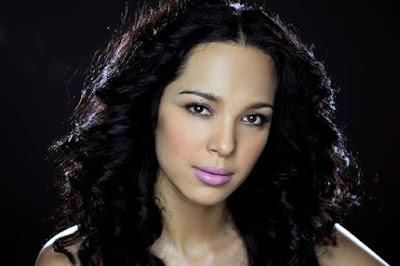 Tima Reece's dulcet vocal performance on her new single "Gone" anchors her futurist pop confections. Her latest offering off #TheAlbum9 remains a hypnotic presence, where her voice and charisma along with infectious mellow synths, lead this radio friendly summer jam toward triumphant blending of 80's and 90's references.

“Gone” is officially released to radio this week - Listen to "Gone" here: https://soundcloud.com/timareece/2-gone

“This song is about toxic relationships and the finality of ridding yourself of these people. When I'm with you, I lose my mind but when I'm not with you, I find myself!” and Tima Reece’s powerful lyrics shine through in the single.

On writing the song, Tima Reece explains “I was so inspired by the incredible production that Kurt Herman & Llewellyn George had come up with, that it literally took me 20 minutes to write all the melodies and lyrics – in my study. After singing the rough idea to Kurt, he freaked out and made me record it the next day. It really was birthed that quickly!”

“Gone” is the follow-up to her national charting hit single “9” - watch the music video here:  https://youtu.be/WJyO-wMujYk

Tima literally exploded onto the SA Music Scene at a young age, having been discovered at 15 in the television series Shell Road to Fame. Her first hit single Crazy ‘Bout You was released at just 16 years of age, garnering her a SAMA Best Dance Single Nomination in 2001. The industry and public alike sat up and took notice! A new star was born.

She was quickly snapped up by a New York based recording company and at 18, she was on a plane and starting her international recording career. Whilst based in New York Tima had the unforgettable experience of writing with many influential names in the industry, such as Calvin Gaines, Mark Wilson, Mike Mason, and Marc Dorsey – people who have written and produced albums for stars such as Whitney Houston and Mariah Carey.

Shortly after Tima’s return to South Africa from the United States, her album was released, with its well-deserved success earning her a SAMA Award nomination in the Best R&B Category in 2004.

Hits such as You Should Know and My Body’s Crying further established her as a popular R&B artist and these hits still enjoy high rotation on local radio stations more than a decade later….

Tima’s first single “9” shows off her silky vocals while a cameo of ProVerb on the trap ballad “Nguwe” brings about the crème of rap innovators. The sultry songstress uses dark and sensual beats that explore a multitude of genres that will appeal to mass audiences.

Tima has always enjoyed a close affinity with her fans even during this 9-year hiatus and the excitement from them with the expectations of this new release is palpable. She looks forward to being on a stage performing for them, soon. For her, it’s one of the best experiences in the world!

The album “9” is now available for download on these platforms - http://smarturl.it/TimaReece9
Tima Reece