Kahn & Karen Zoid - We Could Be Divine Tour 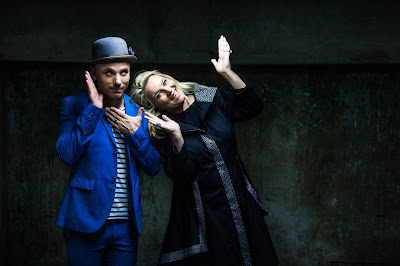 Off the back of the release of their debut number 1 charting collaboration 'We Could Be Divine', Kahn Morbee and Karen Zoid have announced an exclusive run of performances across the country.

After forging a friendship together on The Voice SA, the combination of their creative spaces eventually culminated in their hit single charting across radio stations throughout South Africa. 'Organic and effortless' is how Kahn describes their song writing process.

Performing together in full concert was the natural next step for them. Off the back of the massive response received for 'We Could Be Divine', the duo will be bringing their concert to Cape Town, Grahamstown, Bloemfontein, Durban and Johannesburg.

Brought to you by M-NET and set to be one of the most highly anticipated shows of 2017, these SAMA-winning singer songwriters will be performing their hit duet alongside current bodies of work both past and present. Having two South African music icons share the stage and perform each other's hits will undoubtedly be a concert that is guaranteed to enthral the audience like no other.