VAN COKE KARTEL Calls it a Night - The Final Tour 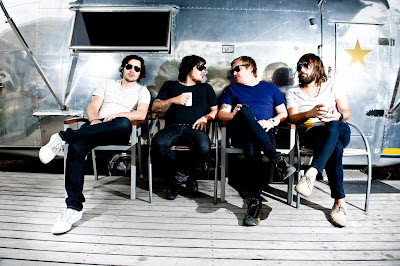 After a brutal decade of rock ‘n roll, 5 full length albums, various drummer line-up changes, numerous prestigious awards, international tours to places like Taiwan and Europe, opening for monster international acts like Metallica, Van Coke Kartel has decided that it is time to call it quits.

‘’Van Coke Kartel has been a crazy ride.  It was the main focus for Francois van Coke and myself for many years. A lot of work went into the project and we definitely learned a lot from it. It is sad to think that it is all coming to an end, but I’m excited to take the circus on the road for one last time!’’ Wynand Myburgh

The band has not played a live show in 16 months.  Rather than just fade away, they will be going out with a bang on their final tour in July 2017.

For the finale, the Kartel will be re-uniting with ex-drummer Jason Oosthuizen to complete the line-up that they were known for the longest in their 10 year existence.

‘’The band had many different drummer over the years. A total of 5 to be be exact. We felt that the time that Jason was with us, it was our ‘golden years’. In that period we were extremely active and on an all-time high. It just felt natural to end the project with him on drums.’’ Jedd Kossew

‘’When Wynand and I started the project in 2007, we had never been in a band where we were the main song writers. It took a lot of hard work to create those first records. I think we got our confidence from the fact that we knew that when we hit the stage, we will make up for whatever we lacked in the songwriting. When Jedd joined he took us to a new level and he immediately contributed a lot to the writing process. He still does so today with my solo stuff.’’ Francois van Coke

Don’t miss the opportunity to see them live for the last time ever.