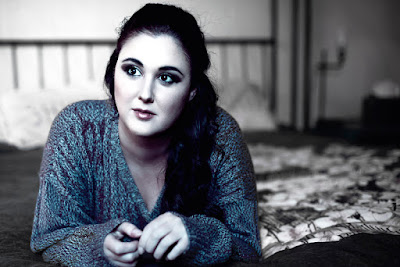 With a knack for getting the party started, Karly V, who has been performing live on the South African circuit for over 7 years and, secretly songwriting in the comfort of her home, has finally decided to release some original music. Her breathtaking debut single Sometimes makes its national debut today, and indicates a promising start in a burgeoning career for the artist at large.

Growing up in a musical family, a career in the arts was inevitable for the Afrikaans speaking Karly. Placed in front of the piano before she could even walk, the songstress has been entertaining audiences from an early age and began songwriting when she was just 12 years old.

Asked why it’s taken her so long to release her original music, Karly explains, “Throughout the years I did a lot of recordings. A lot. I even recorded a proper album that was never released because of unfortunate circumstances. I guess one becomes discouraged after a few disappointments, but I've finally summoned up the courage to do this thing full on.”

With all her experiences culminated in this single, Sometimes is Karly’s finest work to date.

That being said, Sometimes was conceptualised when the singer was still in High School, steadily evolving into what it is today. The song shares the wavering relationship experienced with ones own emotions.

“Most people feel a bit stuck in their emotions and guilt sometimes, not knowing how to express or fix certain things,” she says. “This song is about that conflict and the process I go through to work through the feelings.”
Karly hopes that her music can do for others what music has done for her, her main aim being just to have her songs heard on radio.

She explains, “Music is one of the most powerful things. It can elate you, sooth you, and, most importantly, make you feel like you're not alone in the way you feel or think. I still have many songs to release and a lot of things to say. I also love performing live and I want to perform for massive crowds. That's the dream.”

Sincere in her approach, it is her honesty that makes her songwriting unique. Her songs speak of  tolerance, acceptance and freedom in a world plagued by injustice, flaunting universal appeal. For one who has suffered her own trials and tribulations, Karly doesn’t pretend to be something she is not, stating: “There is no separation between me as a musician and other facets of my life.”

This is only the beginning of a budding career for the singer songwriter, a blank canvas on the verge of becoming a masterpiece.

Listen to the track here: https://soundcloud.com/karlyvmusic/sometimes

A daring yet cautious soul, Karly V is a riddle wrapped in a mystery inside an enigma and the key is music. Your quintessential singer songwriter, it is through song that she becomes entirely vulnerable and her potential is fully realised.

Real name Karlien van der Walt, the South African born and bred musician has been playing keys from an early age, a habit she picked up from her older sister. Despite her sister’s influence, 10 years her senior, Karly pretty much fuelled her own passion for music, insisting on lessons and instruments from a fearlessly supportive family, and for good reason. Karly exhibited a natural talent for the arts.

She was that person, the one asked to entertain guests at family functions, singing in the school choir or readily amusing her friends with personal renditions of popular songs. She started her first band while still in high school. Drawing from her garage band days, Karly has since developed a fully-fledged professional career in music, entertaining crowds across the country. She has a knack for getting the party started and after 7 years of performing live, the entertainer has decided the time is right to release her solo debut single, Sometimes.

Moving full steam ahead, Karly hopes to touch people at a deeper level, inspiring audiences the world over. With a yearning  to travel and experience as much as she possibly can, her aim is personally connect with large audiences.
Karly V