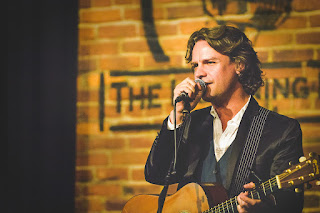 New York-based Jann Klose heads to South Africa in September for his third tour to the country he grew up in and announces a couple of exclusive shows for fans.

Klose returns to SA for the BMI Song Camp in Cape Town from 4 to 8 September in the lead up to this year's Music Exchange (MEX17) in District 6, Cape Town. Attracting some of the world’s top writing talent, Grammy nominated Jann Klose joins an esteemed group of writers at this year’s BMI Song Camp, which includes Christian Wright from Abbey Road Studios, New York based singer-songwriter for Armada Record and Lifted Sony, Alicia Madison, and Columbian music producer and songwriter, Marcela Arciniegas.

Brandon Bakshi, Executive Director, Writer and Publisher Relations at BMI, will return to Cape Town this September to foster creativity among the four key international songwriters with hopes of writing a string of future hits. Although the BMI Song Camp is a closed, by-invitation-only event, MEX17 delegates will get full access to each of the songwriters, producers and industry heavyweights over the two days of this 120-delegates-only conference. For MEX17 booking details, and more information, visit the Music Exchange website.

Listen to the most recent release from Jann Klose, ‘Don’t Give Up’ with Annie Haslam, a cover of the popular Peter Gabriel single featuring Kate Bush: http://bit.ly/2xs4Pat

Klose confirmed a limited number of shows while in SA and fans can look forward to seeing him live at the following venues. More info available on jannklose.com:

Klose spent time in SA earlier this year working on a new solo album in partnership with The Academy of Sound Engineering, in addition to lending his time and supporting the work of Desmond Tutu’s TutuDesk foundation. The album features several SA star artists including producer RJ Benjamin, Karen Zoid, Tamara Dey, Ziyon, Tlale Makhene and many more, and is due for release in 2018.

Klose is excited for the album release! “Returning to SA to make an album in the country I grew up in with so many amazing South African artists is a dream come true!”

Klose is no stranger to collaborations and has periodically collaborated with members of classical rock group Renaissance and tours regularly in the U.S., Europe, Africa and Asia. He has opened for or performed with a wide range of artists including Pat Benatar, John Oates of ‘Hall and Oates’, Suzanne Vega, Paula Cole, Annie Haslam, Brett Dennen, Vonda Shepard, Willy Porter, Rosanne Cash, The Byrds’ Roger McGuinn, The Yardbirds’ Jim McCarty, Elliott Murphy, Pete Seeger and Les Paul.

Jann Klose’s live show and music has received rave reviews from some of the industry’s biggest media and he has garnered a reputation of being one of the great singer-songwriters to see live.
Jann Klose