New Single and Album from Disturbed 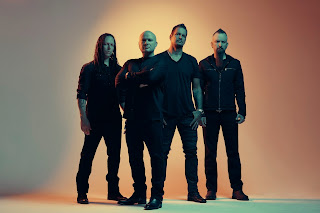 Disturbed have announced that their new album Evolution will be released on October 19. The lead single from the album is “Are You Ready”.
Frontman David Draiman calls the new CD their "Black Album",  referring to Metallica's 1991 iconic CD. In an interview with with consequenceofsound.net, David said, “We’ve always used that as a goal — the record that literally every single track on it could be a hit. A record that breaks doors down, that opens up new opportunities to us, that helps you achieve true immortality as an artist.”
(Photo: Warner Bros.)